How Cognitive Generosity Makes You a Better Neighbor and Citizen

This is part three in an occasional series on being part of diverse communities. These blogs are meant to explore in brief some of the why of diverse community involvement – why such a thing is great for us, great for the broader worlds we live in, and even central to the story of what Jesus is doing on earth, as I understand it. It’s also meant to speak to some how’s – how we can be more effective in our participation and building of diverse communities, how this can go better and more enjoyably for us and others.

We’re starting by reviewing some of the key insights from the powerful book by Christena Cleveland, Disunity in Christ. Cleveland is a social psychologist and public theologian who thinks and writes and speaks about the things that keep people apart, and the work of justice, empathy, and reconciliation that can bring people together. I’ve found her book really helpful and hope these entries will entice you to read it yourself! She says far more far better than I ever will on this topic. 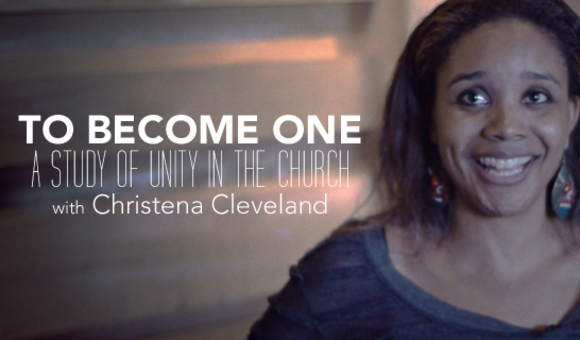 I grew up in the last years of the Cold War. My childhood and teen years were still full of movies and media portraying Russians as cold-hearted enemies of the great American way. But then, in the opportunity of a lifetime, I had the opportunity to travel to Russia during the waning days of the Soviet Empire. Along with a couple of dozen mates from my high school chorus, I sang in St. Isaac’s Cathedral in Leningrad. I stayed with a host family in the 1000-year old city of Yaroslavl. I made my first ever black market transaction, trading American blue jeans for an old Russian army uniform. I traveled to Estonia in the month they first flew their own country’s flag. And while touring an old watch factory in Uglich, I was abandoned by my group while hobbling on a sprained ankle, only to be helped down some long stairs by a Russian factory worker.

That single act of hospitality, alongside many others on that trip, taught teenage me that Russian people were… well… people. They weren’t a class of foreigners, or spies, or enemies, but men, women, children, parents, friends… human beings. And some of them were inclined to show tremendous kindness and hospitality to this non-Russian speaking, clueless American teenager who had stumbled into their country on a choral tour.

This led to an increase in cognitive generosity in my attitude toward Russians, which in turn led me to study Russian language and literature in college and take another trip to that country. I had moved past entry-level stereotypes of a whole people group and on to the capacity to think well of Russian culture as a whole as well as individuals within that culture.

Certainly for White people in America like myself, the cultivation of cognitive generosity is an important practice. Whether it be going to a multi-ethnic church, living in a diverse neighborhood, or working on a diverse team, looking for positive interactions with people different from us gives us the opportunity to develop more respectful, reality-based assumptions about cultures we are not part of.

For all of us, we might examine if there whole classes of people we’ve begun to view with any level of disdain. If so, we can consider how to regain cognitive generosity towards others, cultivating a positive view of them unless they deserve or prove otherwise.

You can find the first entry in this series here.

The second entry on the outgroup heterogeneity effect is here.